It’s hard to truly escape from the high-paced, increasingly connected world that we live in; that’s why I can’t resist the allure of the more remote islands that the world has to offer.

While you’re day dreaming in the office or in paradise planning your next step, take a journey through my top 10 remote islands*.

*in all honesty, the criteria which defines a ‘remote island’ is loose in this article, but they’re basically small islands that are generally sparsely inhabited, if at all! 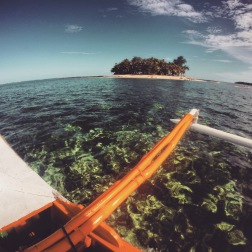 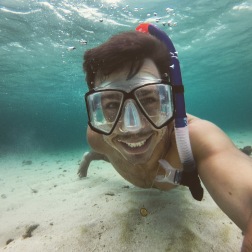 Take a short bangka ride from General Luna on the South East coast of Siargao (my favourite island ever!) and you’ll come to Guyam Island, one of three gorgeous micro-islands (Naked & Daku being the others) dotted amongst the warm, crystal waters. Guyam is only a spec of an island, but the gin clear water (complete with shallow coral), perfectly placed trees offering shade and circumference of picture perfect sand made it a very special spec. The clincher for Guyam was the awesome reef break that sits in between its shores and those of Daku Island – more than enough to squeeze in to my top 10! Read more about the Philippines and how to get to Guyam Island: Spoilt for Choice | The Philippines in a Turtle Shell 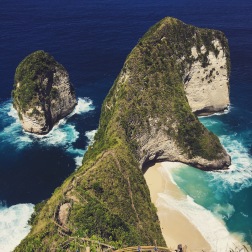 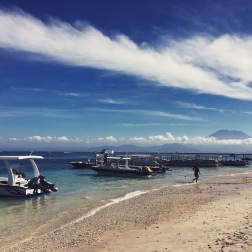 Although the largest of a collection of Islands off the coast of Denpasar in Bali, Nusa Penida is the least inhabited and offers views & adventures that rival any other in the world. A day trip around the island will take you over some seriously treacherous terrain; revealing stunning clifftops (Broken Beach), natural pools (Angel Billabong) and un-paralleled beaches (Kelingking). On top of the incredible stops on land, looking down into the lucid waters, you’ll see dozens of Manta Rays & turtles; Nusa Penida is a world leading spot for diving or snorkelling with Mantas, an absolute must! Read more about Nusa Penida in my blog about Bali’s Hidden Gem.

A popular spot for locals, families and backpackers alike, Fraser Island, located off the East Coast of Australia, is the world’s largest sand island and an incredible place to adventure. Shark infested waters, 4x4s and wild dingos are just some of the ingredients that make it such a fun place to visit. I visited back on 2011 and we spent 3 days camping under the stars, jumping into the purest rainwater lakes and speeding along picture-book beaches in a 4×4, what’s not to love!? 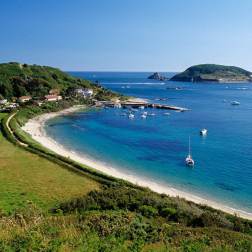 The smallest island of a collection called ‘The Channel Islands’, Herm sits 35km west of Normandy (Northern France) and has a population of around 60. Herm was a favourite of mine when I used to visit with my family as a little man, the crystal clear waters and white shell beaches bely their location and the turquoise waters would always have me mesmerised. The laid back atmosphere and fascinating history of the Channel Islands make for a pretty enchanting visit and (if you’re lucky with the weather) the coves & beaches on offer are some of the best in Europe. 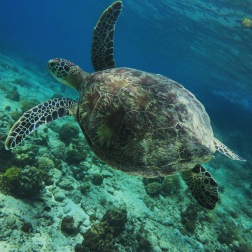 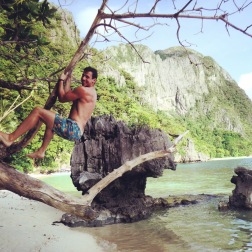 Philippino paradise is encapsulated in the islands of El Nido, in Palawan, and Cadlao island is a prime example. One of the most easily accessible without a powered boat, we spent 1/2 day exploring the shoreline of Cadlao island in November 2016. The island is blessed with idyllic turquoise waters, towering palm trees and backed by imposing limestone rock faces. You can kayak out to Cadlao Island from the town of El Nido in about 30 minutes (it was tougher going back!) and spend as long as you please swimming with the local turtles, playing with the beaches’ native dog and paddling round to beach after beach.

Malapascua | Kalanggaman from the Boat 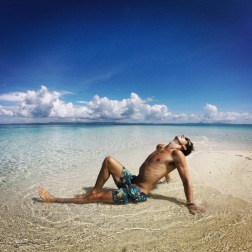 A remote island beyond a remote island, Kalanggaman Island is a tiny sand bar (complete with flawless palms) that is situated an hour by boat from Malapscua (a stunning island famous for Thresher Shark encounters). Available as a day trip from the larger island, Kalanggaman is a spellbinding blur of turquoise waters, white sands and deep green reef. Your day will consist of snorkelling with the local eels and turtles, escaping the heat with a fresh coconut in the shade and braving the scorching sands as the winding sand bar is further unveiled by the limpid ocean. See how the beach ranks in my Top 10 Beaches in the World 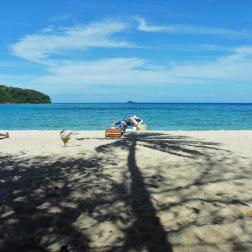 The clue’s in the name as to the draw of this island located in the Yasawa Islands off the mainland of Fiji, the ever-graceful ocean giants: manta rays. Fairly easy to access from Nadi, Mantaray Island boasts humble accomodation but two beautiful beaches, one of which offers extraordinarily vivid coral and marine life just meters from its shore. But, best of all, the drumming of a hollow palm trunk on the beach means there are mantas in the channel. On this signal, hop into the local rib and you’ll be whizzed out to the channel between a neighbouring island. From there you’ll splash over the edge and battle the nutrient rich channel alongside a host of the most beautiful rays, an island with it all! 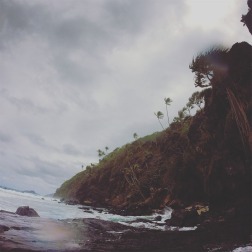 Arguably winning the award for being the most remote on the list, N’amua Island is set apart by its simplicity. A short boat ride from a random convenience store on the south coast of Upolu, in Samoa, N’amua is a rare escape from the distractions electricity brings. Best experienced as an overnight trip; days are spent snorkelling the rocky shores, walking up to capture the awe-inspiring views and lazing on the beach before a delicious beach side dinner and an early night under the stars in your open-sided fale, it really is the simple things. Find out more about the best things to do in Samoa: Get Lost in Samoa | 10 Tips for this Pacific Pearl

Perilously close to the big city lights of Cancun, you can find island utopia on Isla Mujeres in Mexico. There were three contributing factors to Isla Mujeres taking the second slot in my countdown: hostel life (complete with a bamboo rum bar on the beach); one of the most flawless white sand beaches you’ll ever witness, in Playa Norte; and Whale Sharks! The latter was a phenomenal experience, snorkelling with dozens of the worlds biggest fish just an hour from island paradise and returning for an evening of rum & cocktails on the impeccable sands, what more could you want in an island?! 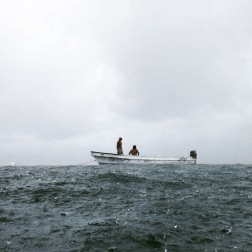 Number one on the list, Caye Caulker, off the coast of Belize, is everything you could dream of: Caribbean island vibes intertwined with Central American soul and unrivalled marine life. Accessible from the coast of Mexico (as we did) or Belize City, Caye Caulker is at the centre of a vivid reef and possesses the most incredible selection of fish and marine mammals. One snorkel introduced me to nurse sharks, stingray, eagle ray, moray eel, green sea turtles and a host of colourful reef fish. Had I been lucky, it would have even included a manatee or two too! Out of the water, the rum is readily flowing and the reggae blasting, nowhere more so than The Lazy Lizard, which sits on ‘The Split’, the bar is made up of the twisted remains of a pontoon that was destroyed by Hurricane Hattie in 1961. Top tip for Caye Caulker, get there for the Lobster Festival!